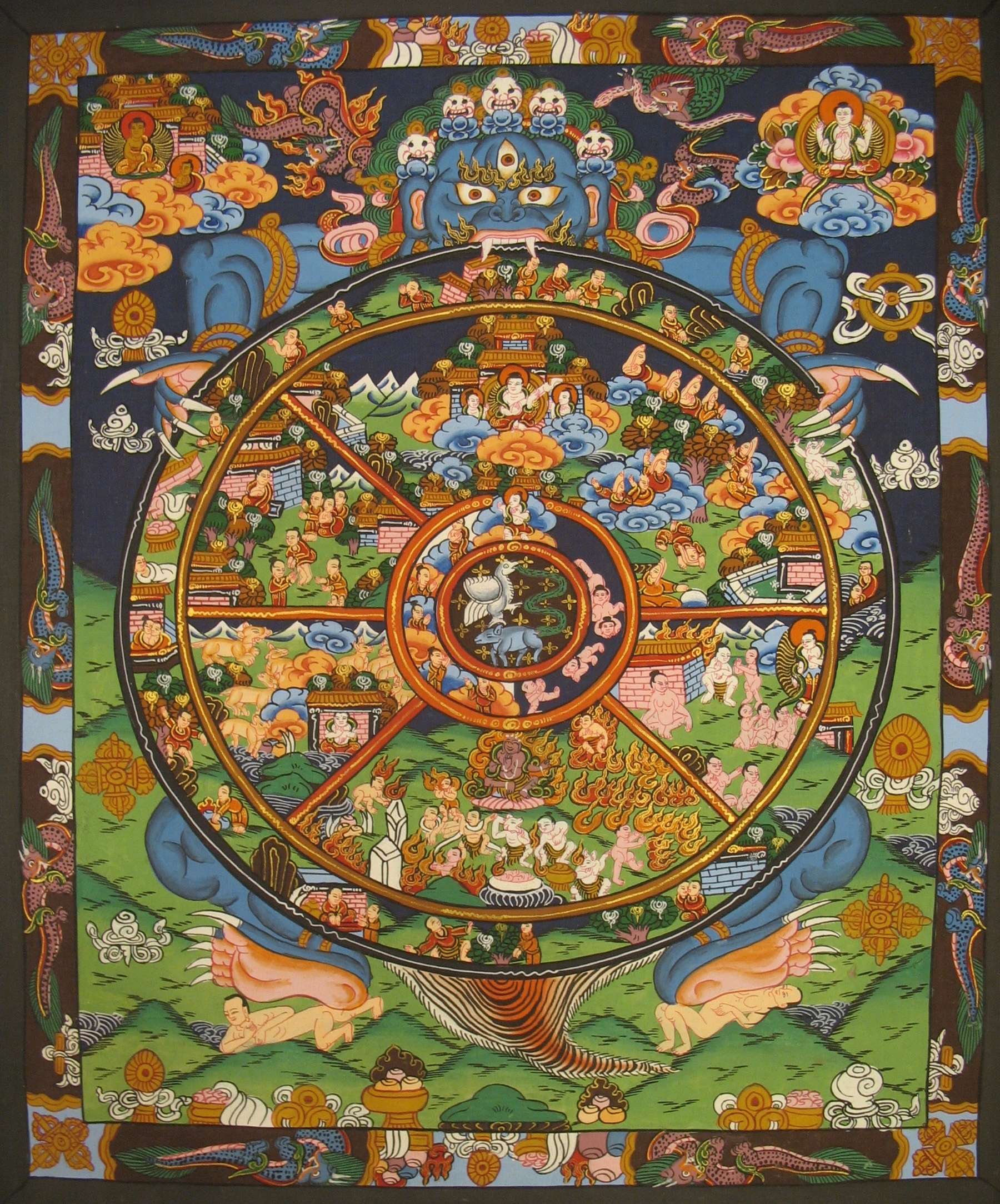 Balancing Tool - Wheel of Life is the authentic Buddhist Thangka Painting from Kathmandu, Nepal. It uses Cotton Canvas and Natural Colors as the materials.

Balancing Tool – Wheel of Life is the authentic Buddhist Thangka Painting from Kathmandu, Nepal. It uses Cotton Canvas and Natural Colors as the materials.

The Wheel of Life is a simple but effective tool designed to help you get a graphic representation of the present equilibrium between various areas of one life.