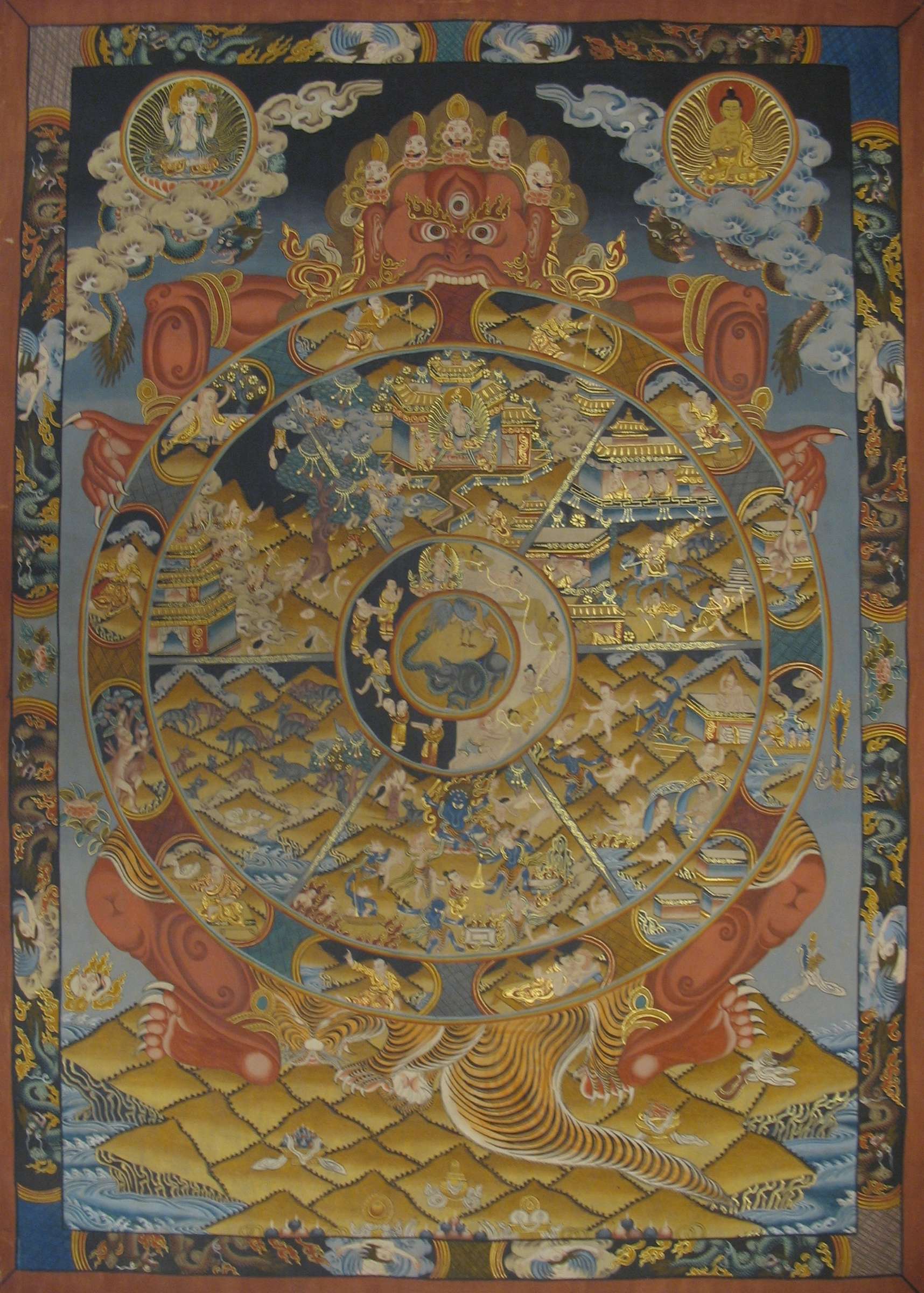 Cyclic Painting - Wheel of Life is hand-painted in the lap of the Himalayas in Nepal. It is painted on Cotton Canvas. Wheel of Life represents the process of samsara in a wheel.

Cyclic Painting – Wheel of Life is hand-painted in the lap of the Himalayas in Nepal. It is painted on Cotton Canvas.

Wheel of Life represents the process of samsara in a wheel.