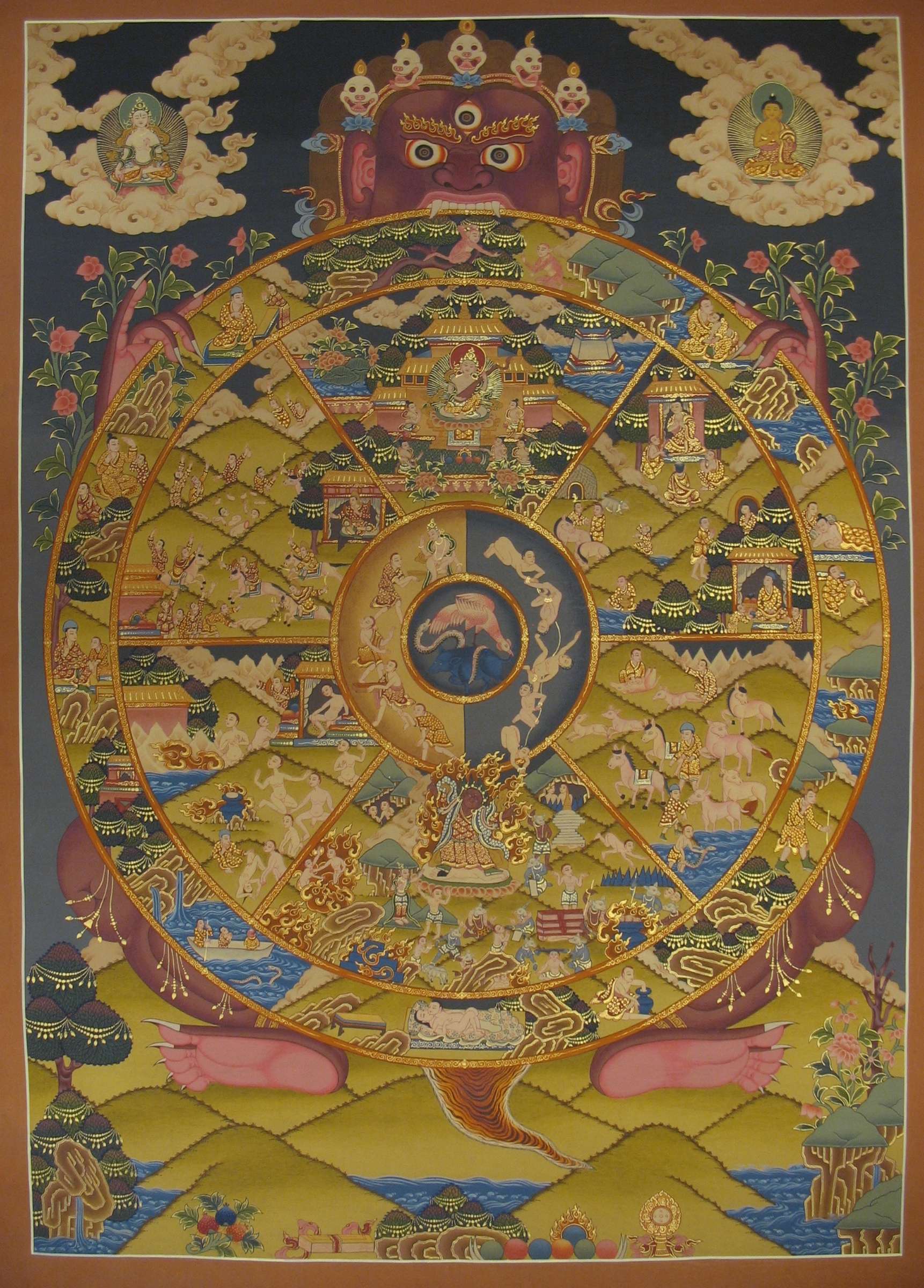 Wheel of Life – Buddhist Philosophy is hand-painted in Kathmandu, Nepal using naturally available colors. Believed to have been developed by the Buddha himself, it was intended to demonstrate to all people about worldly affairs the fundamental aspects of Buddhist philosophy.