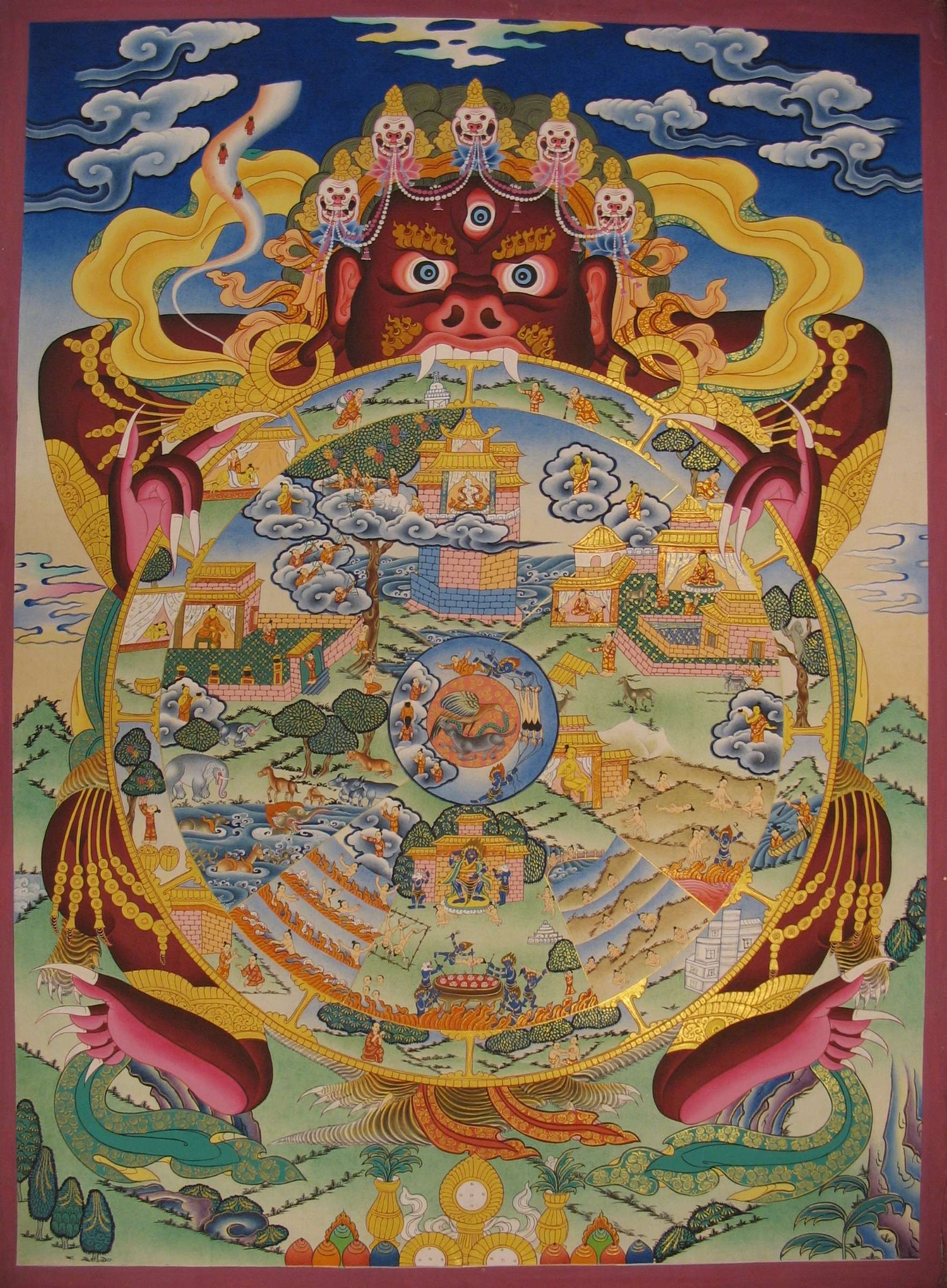 Buddhist Philosophy - Wheel of Life is the authentic art from Bhaktapur, Nepal. It is hand-painted on Cotton Canvas using natural colors.

Buddhist Philosophy – Wheel of Life is the authentic art from Bhaktapur, Nepal. It is hand-painted on Cotton Canvas using natural colors.

The Wheel of Life or Bhavacakra is a tale that edifies the interdependent concepts of karma, samsara, and nirvana.