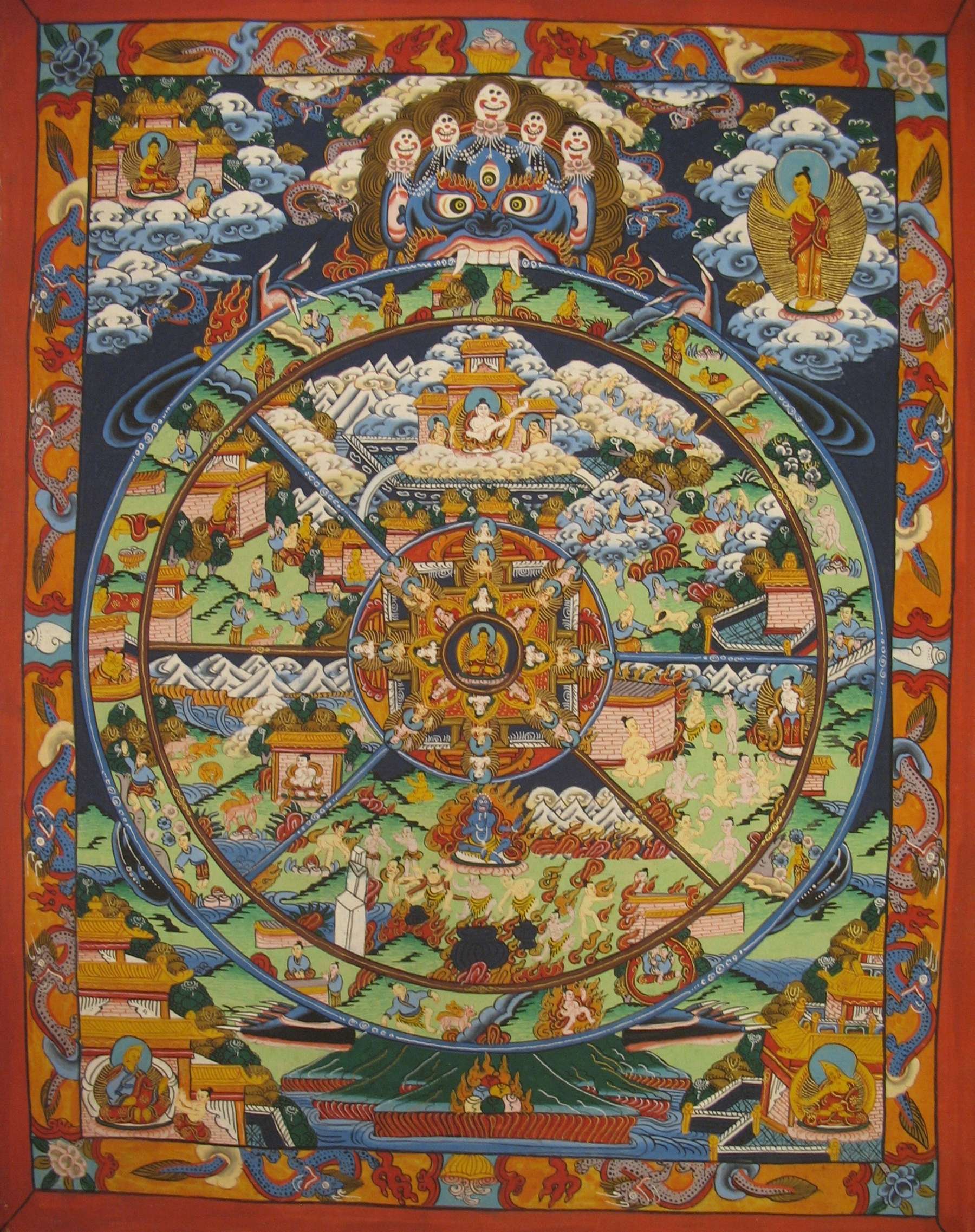 Wheel of Life - Tibetan Thangka Painting is the original Buddhist art from the Himalayan Country of Nepal. The Thangka is painted on Cotton Canvas.

Wheel of Life – Tibetan Thangka Painting is the original Buddhist art from the Himalayan Country of Nepal. The Thangka is painted on Cotton Canvas.

Wheel of Life offers a simple, visual summary of how happy and satisfied are with their lives.